Importing your class, location and department data from QuickBooks Online

After completing the initial import of QuickBooks Online company data into Fathom, you will be able to bring in any class or location data for divisional analysis. This will help you to further filter your results to gain more detailed insights of your classes and locations.

You can import up to 60 classes and locations into Fathom for a single company when importing from QuickBooks Online.

First, head to 'Step 1 - Update data' in your company settings, and select the 'edit' button next to the 'Tracking' heading. 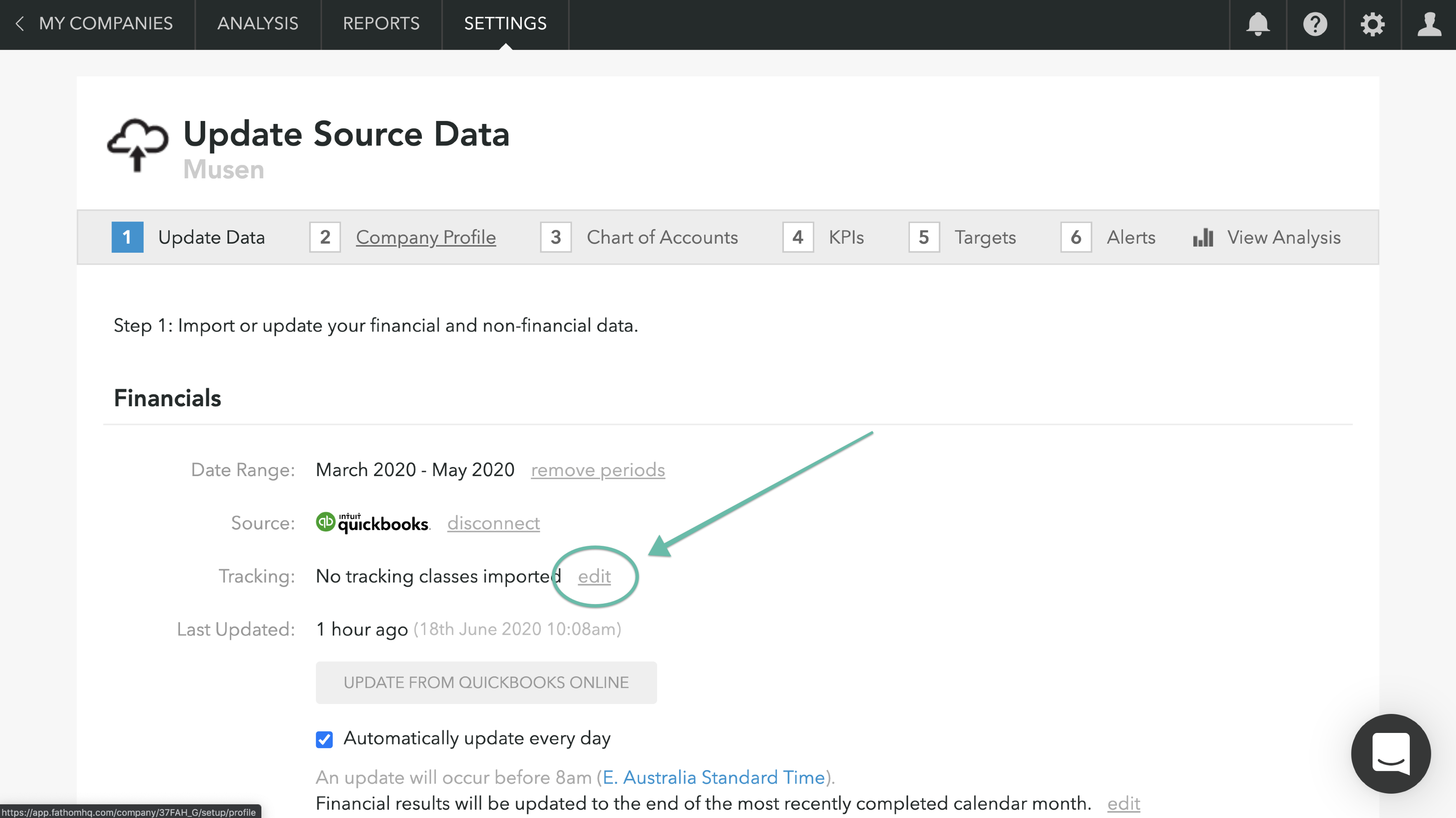 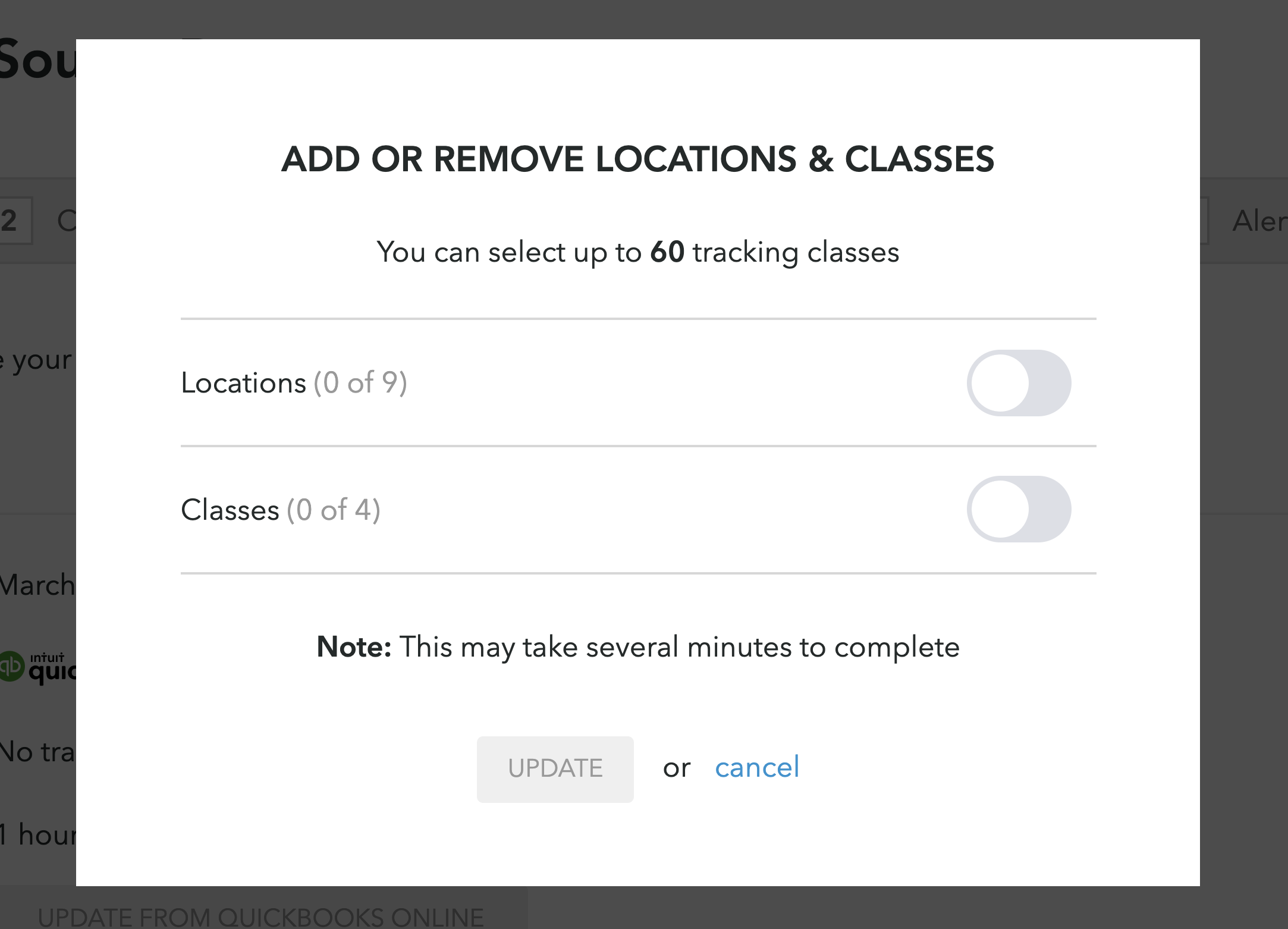 After selecting tracking class options, click on ‘Confirm selection’, then 'Import' to start the import process.

❗Note: Fathom doesn't recognise the hierarchy between parent classes and child classes. It's recommended to only import child classes into Fathom. This will allow you to drill down into the most detail, while preventing double counting of results. 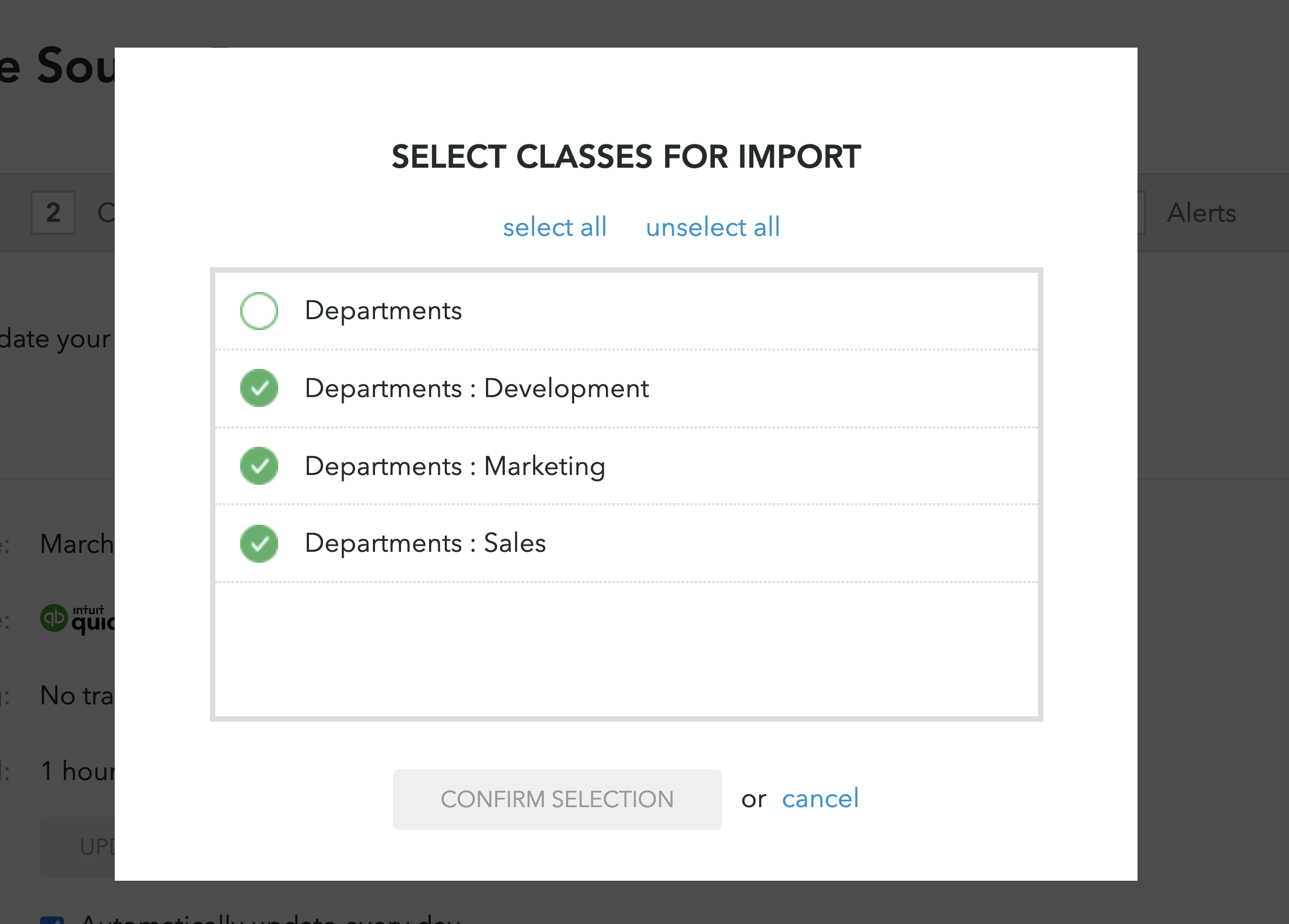 ❗Note: The import of data for each tracking category may take up to 1 minute, depending on the number of monthly periods to be imported.

You are able to update the tracking class data that is being imported, to ensure that any changes made in QuickBooks Online are reflected in Fathom.

To do so, proceed to 'Step 1 - Update Data' of the company settings, and click 'Update from QuickBooks Online'. 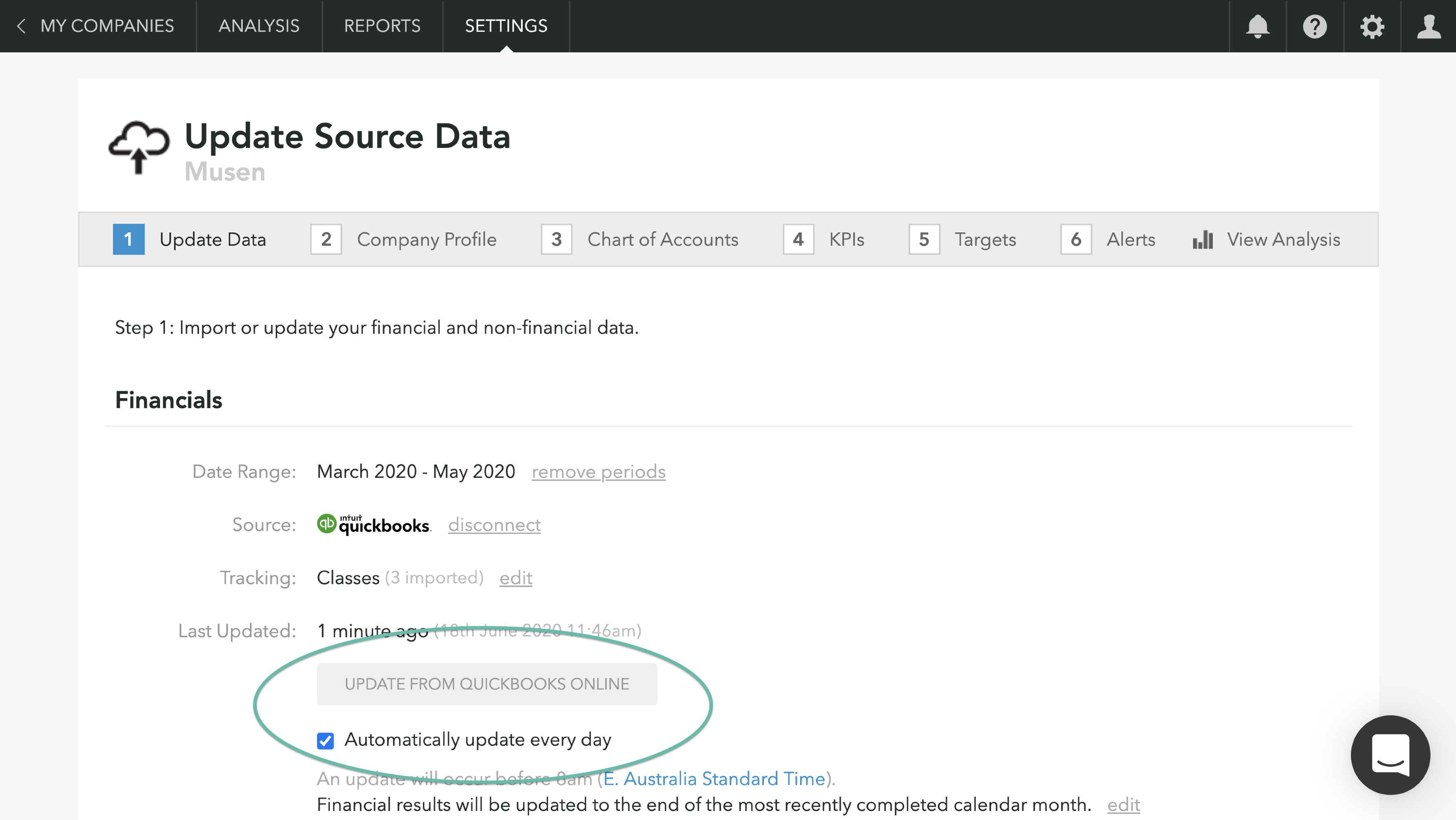 For more detailed information on divisional analysis, view the following help article: Getting started with divisions.

Why is the data that is 'Unclassified' showing an incorrect value?

'Unclassified data' in Fathom represents the difference between the data for the entire company, and data that has been assigned to your classes.

Fathom does not retain or recognise the class hierarchy from QuickBooks. Each class is a distinct entity without any relationship to other imported classes.

In this example, the correct 'Unclassified' amount should be 25 (100 - 75). However, if you import both the child and parent classes, the amounts will be double-counted, and the data attributed to classes will = 150, which is larger than the full company total. The unclassified amount will then be shown as -50 in Fathom.

We recommend just importing the child classes into Fathom. This will allow you to drill into the most detail when viewing your company data, and will ensure that the 'Unclassified' amount is correct.