❗Note: Benchmarking divisions is an advanced feature of Fathom. If you wish to proceed, each benchmarked division will be billable on a monthly basis as a separate entity.

Fathom's benchmarking features are a great way to easily create your own benchmark studies using entities in your Fathom account. Typically, they are used by franchise groups to gain clarity and transparency, as well as advisors to compare similar clients for more insights.

You can use these benchmarking features to compare and rank your divisions in the same way. This will require you to import each division as a separate entity within Fathom. 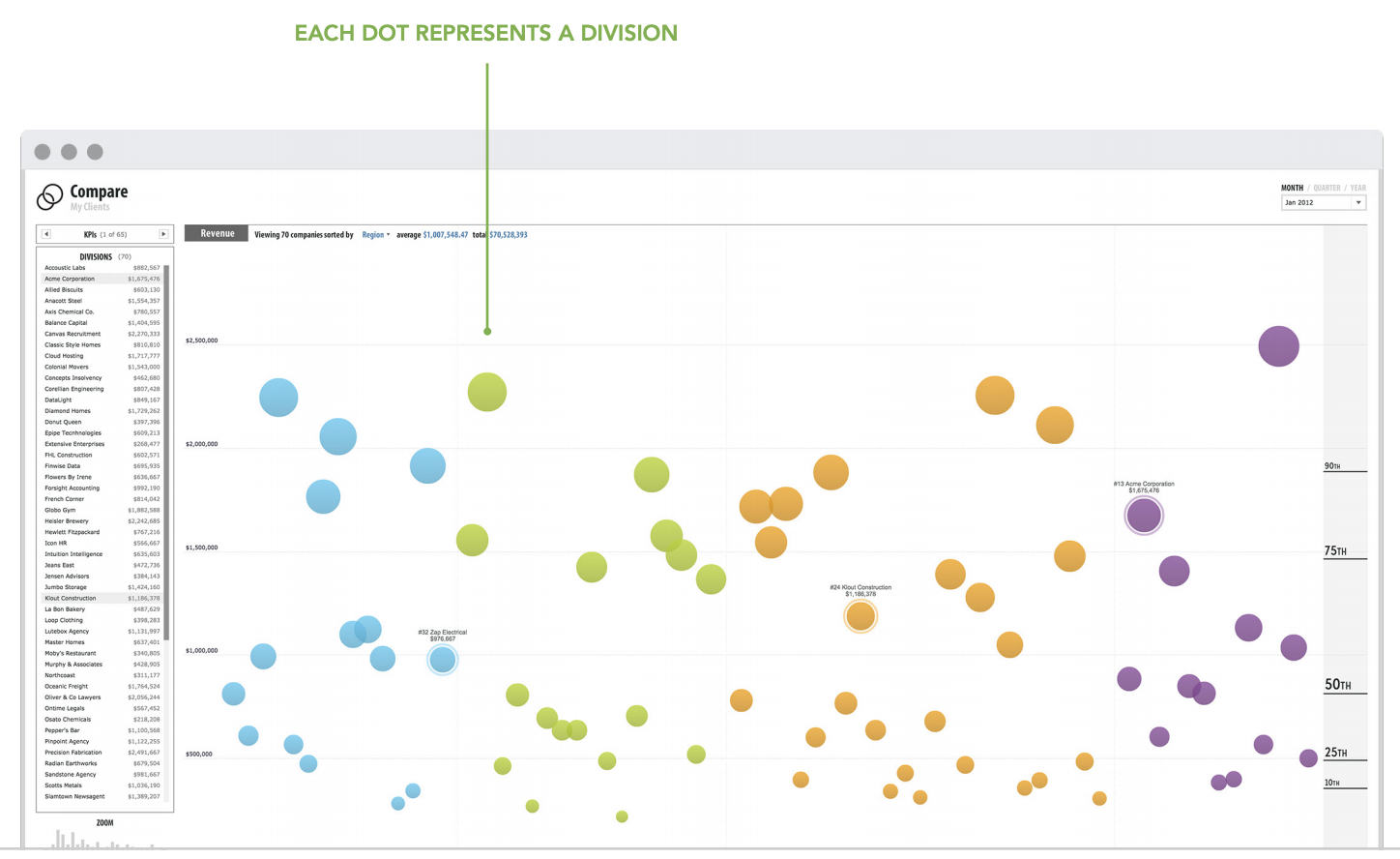 ❗Note: Benchmarking divisions is only available for companies imported from our cloud-based integrations - Xero, QuickBooks Online, or MYOB AccountRight Live.

You can also benchmark divisions where the parent companies originate from different source accounting systems.

First, import the parent companies that contain the divisions that you would like to benchmark.

More information on importing companies can be found from the following help article.

Once your divisions are imported as standalone entities within Fathom, you can group them together as a benchmark group, to compare performance for those divisions. You can define segmentation variables and compare divisions based on those different segmented groups. Further detail on creating a benchmark group can be found in the following help article: Creating a Benchmark Group