❗Note: Consolidating divisions is an advanced feature of Fathom. If you wish to proceed, each consolidated division will be billable on a monthly basis as a separate entity.

Fathom's consolidation features allow you to group multiple entities together, to easily view their combined performance from an overall view. This is particularly useful for organisations that have multiple entities.

You can also use these consolidation features with your divisions if you wish to group similar divisions from different companies. Please note that this will require you to import your divisions as separate entities in Fathom.

For example, if a business operates in 3 locations (entities) and each location is comprised of 2 divisions. 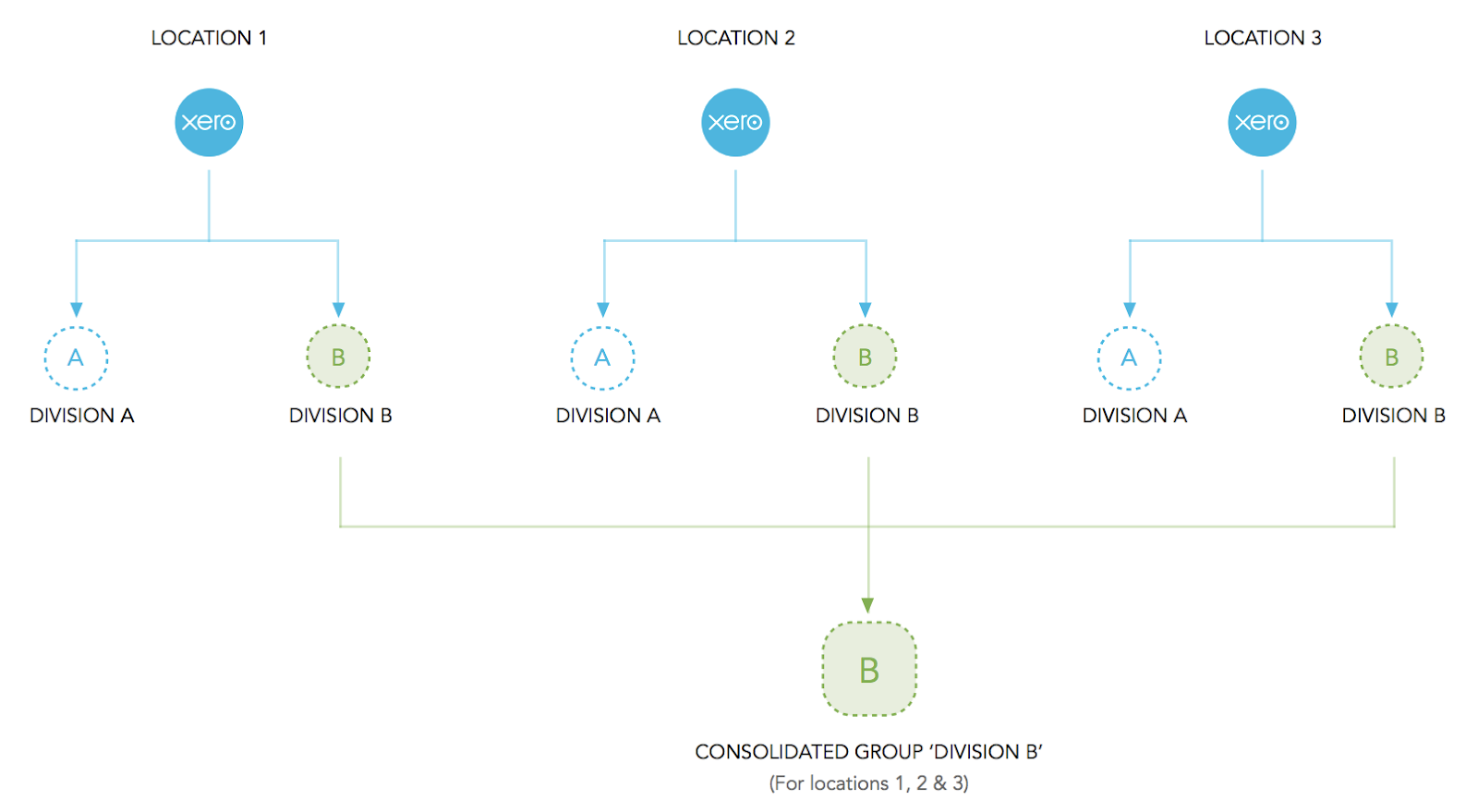 ❗Note: Consolidating divisions is only available for companies imported from our cloud-based integrations - Xero, QuickBooks Online, or MYOB AccountRight Live.

You can also consolidate divisions where the parent companies originate from different source accounting systems.

First, import the parent companies that contain the divisions that you would like to consolidate.

More information on importing companies can be found from the following help article.

Once the parent companies have been imported, you can now import each division that you’d like to consolidate as a standalone entity within Fathom. In the above example, this would be Divisions B from entity 1, 2 and 3. Detailed instructions on this process can be found in the following help article: Importing a division as a standalone entity.