Importing your financial and budget data from MYOB AccountRight Desktop

Fathom seamlessly and securely integrates with the following versions of MYOB AccountRight for Australia & New Zealand:

Fathom does not support:

Typically, Fathom will integrate with the current version of MYOB, and the three prior versions. In cases where we do not integrate directly, we suggest using Excel to import your data.

If you encounter this issue, you will need to first ensure your AccountRight desktop client is upgraded to the latest version and then open your company file. You will be prompted to upgrade the company file.

To import financial data from MYOB AccountRight (desktop), select ‘Add a Company’ in the top right of the My Companies screen.

Then, select to connect to MYOB. 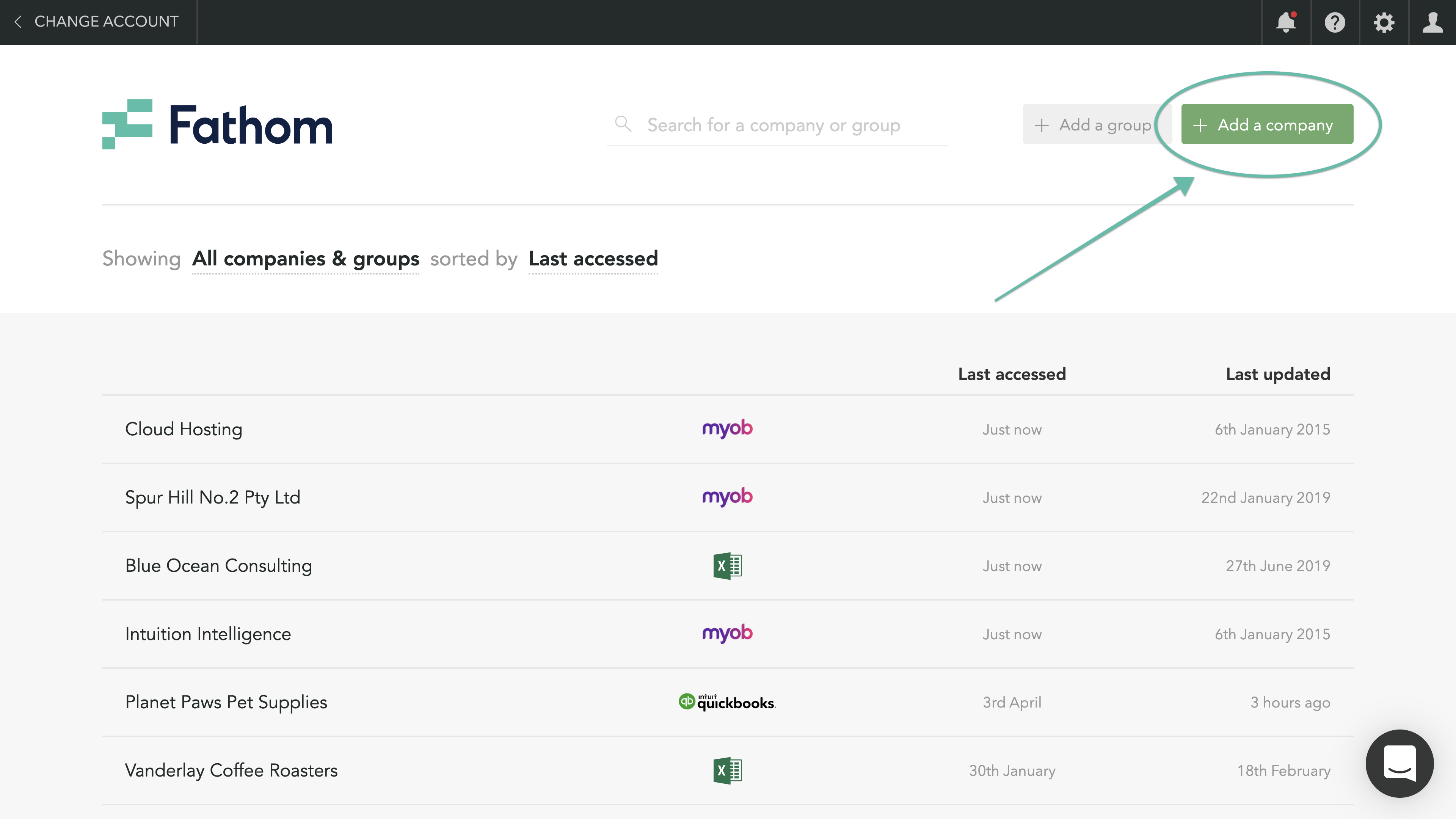 In the following screen, under the heading 'MYOB Desktop' click 'Launch the Fathom Desktop Connector'. 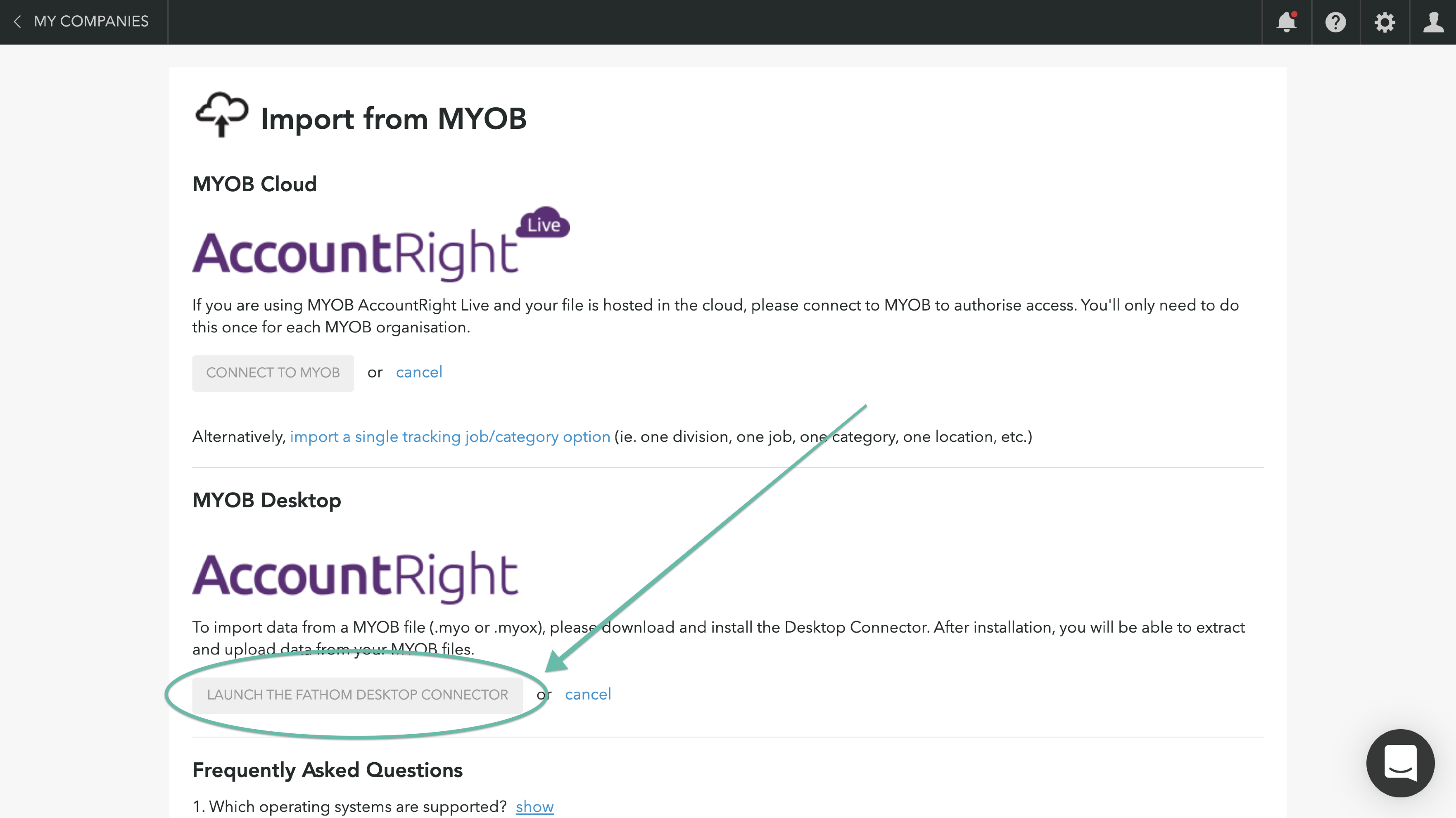 To import data from a MYOB file (.myo or .myox), please download and install the Desktop Connector. After installation, you will be able to extract and upload data from your MYOB files.

The connector will automatically extract the financial statement data for all periods within the MYOB file. This includes data for the prior, current and future financial years.

For system requirements and other information please see our article on the Fathom Desktop Connector.

To update your financial data for an existing MYOB AccountRight company in Fathom, simply relaunch the Fathom Desktop Connector and upload the MYOB AccountRight desktop file again. You can launch this from 'Step 1 - Update Data' in the company settings. 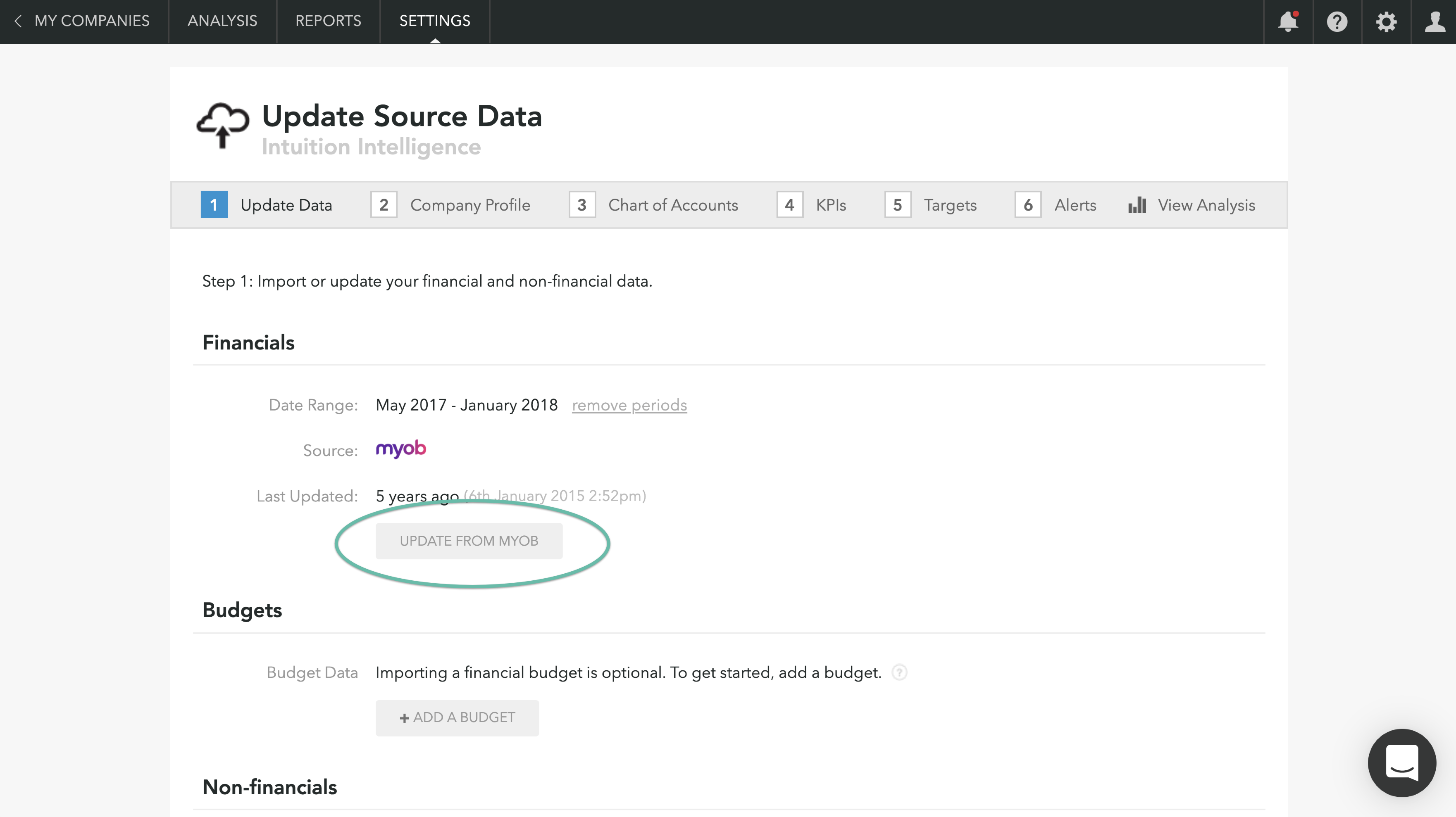 After you have imported your financial data from MYOB AccountRight using the Fathom Desktop Connector, you are able to import a budget via Excel for analysis from 'Step 1 - Update data' of the company settings.

More information on importing budgets via Excel can be found in the following help article: Importing Budget from Excel. 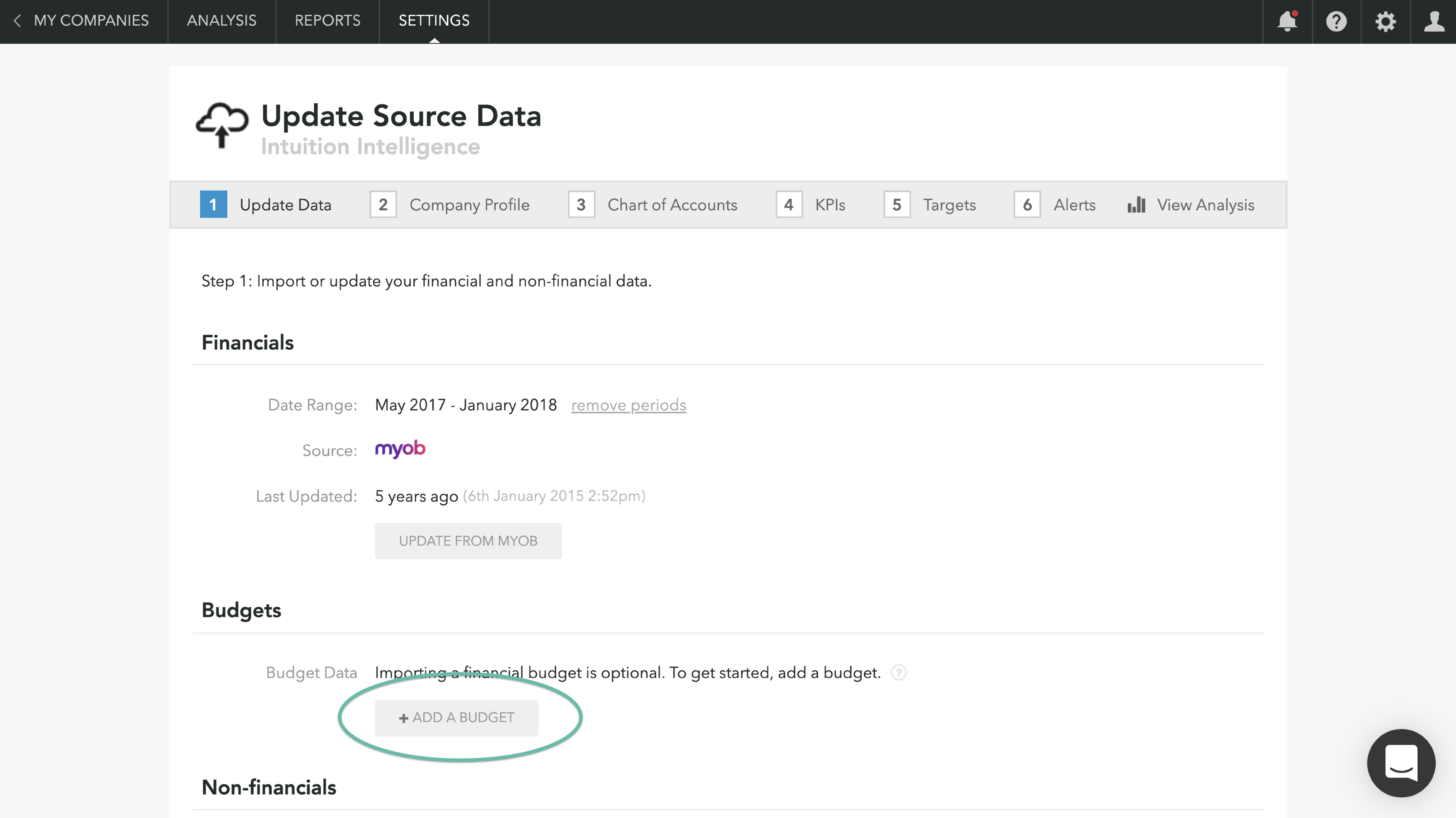 Can I use Fathom with AccountRight v19 and earlier

To access earlier AccountRight files Fathom requires the corresponding ODBC driver to be installed on your system.

The connector will automatically detect if you do not have the correct ODBC driver installed. In this case, download and install the ODBC driver that corresponds with your MYOB file.

What if I have a really large myob file?

The Fathom Desktop Connector does not upload your entire MYOB file. The connector will simply extract the primary financial statements (ie. the Profit and Loss Statement and Balance Sheet) from your MYOB file and securely upload this data only.

To receive this message you will be using the Fathom Desktop Connector, either on your own PC or remotely on a server. You need to ensure that either your PC or the remote server is running a version of the MYOB Add-On connector that is equal or greater to the company file version identified in the error message.

MYOB provides an article which demonstrates how to install, upgrade and troubleshoot the MYOB Add-On Connector. An additional document details some common errors and resolutions with the MYOB Add-On connector.

Unable to connect to the MYOB API service. Please ensure the API service is running on your PC.

During the import process, Fathom examines all the transactions within the MYOB company to determine the date range to import. If you are seeing extra periods in the future (ie. Jan 2022) it may be due to an errant transaction that is recorded against that month.

You can also remove the extra periods in Fathom by going to 'Step 1 - Update Data' of the company settings and clicking 'Remove Periods'.

There are significant differences in implementation between these versions of AccountRight. Unfortunately we do not support upgrading your existing Fathom company once you have changed versions. The following process should assist:

What permissions does a user require to import from a MYOB AccountRight v19 desktop file?

The MYOB user used during an import must have full access to the MYOB file. You can check this in MYOB under 'Settings > Preferences > Security > User IDs'.