Written by Calen Olesen
Updated over a week ago

When you make the initial connection between Fathom and MYOB, you can select the option to import a budget along with your financial data.

If you do not have any budget data that overlaps your financial data date range, then Fathom will be able to import a budget from MYOB.

❗Note: While you can create multiple budgets in MYOB AccountRight Live, Fathom only allows one budget to be connected at a single time.

Adding a budget to your MYOB AccountRight Live company

If a budget was not imported when the initial connection between MYOB and Fathom was established, then you can add a budget to your company in Fathom at any time from:

Adding a budget from MYOB

To add a budget to Fathom from MYOB AccountRight Live, 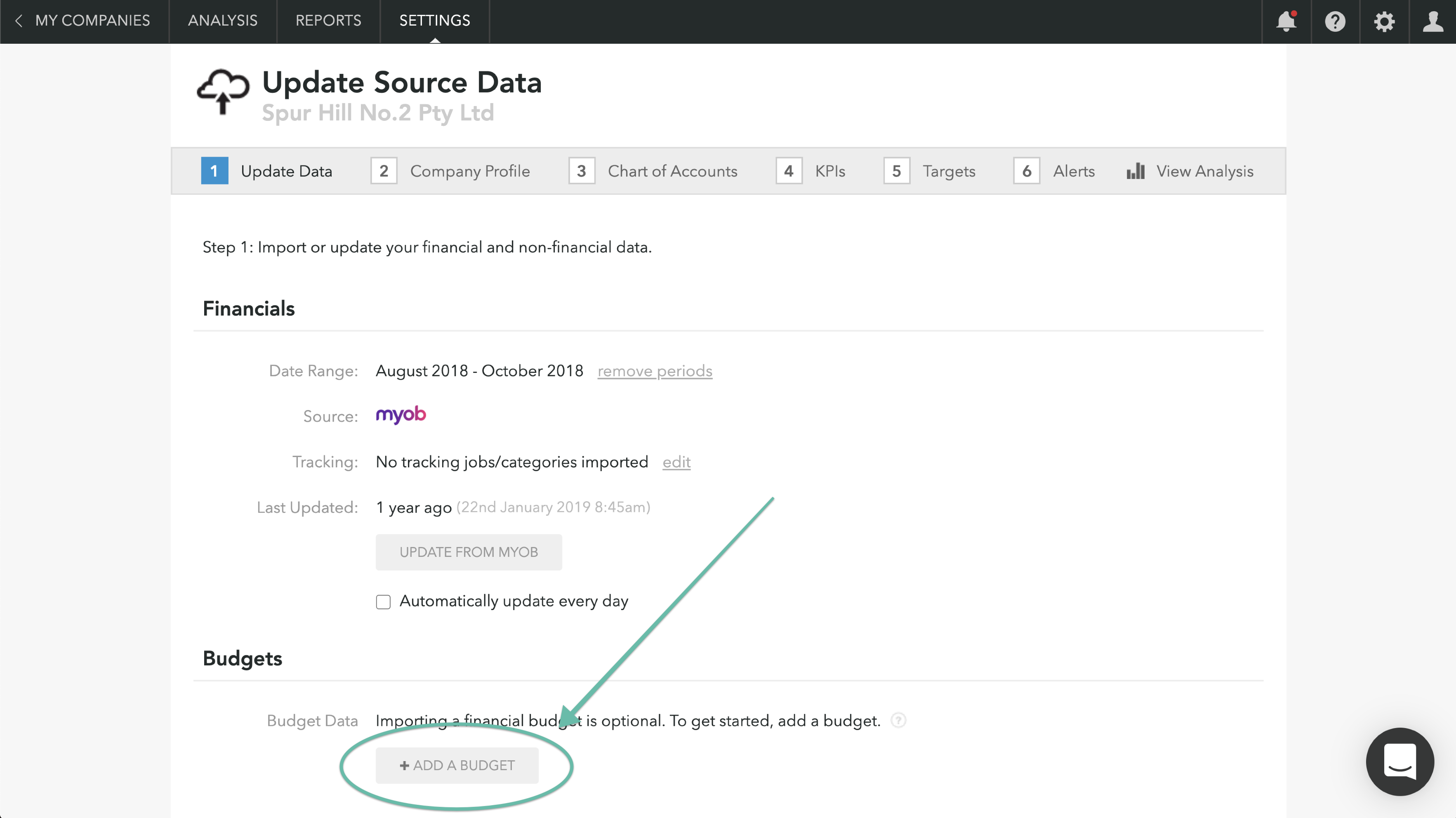 Continue setting up your company in Fathom

Adding a budget from Excel

View the following help article for more detail on importing a budget from Excel.

Adding a budget from the company’s forecast

View the following help article for more detail onsaving your forecast as your company’s budget.

You can update your budget data in Fathom at any time. To update the budget from MYOB:

Budgets can only be applied to the entire entity, not to individual classes or locations.

However, if you import classes or locations as standalone companies in Fathom, you can then apply budgets. For more information, view the following help article on Adding Budgets for Divisions.

Congratulations on importing your budget into Fathom! Continue the 'Getting Started Workflow' and finish setting up your company for analysis, reporting, and forecasting by choosing from the options below: