Using the Fathom Desktop Connector in a Server Environment

View our complete guide on steps to import data from QuickBooks Desktop Connector in a hosted server environment.

Options for Using the Connector in a Hosted Server Environment

The Fathom Desktop Connector is a small application which downloads via your web browser from within the Fathom app. You can run this file each time you need to import or update QuickBooks Desktop company data in Fathom.

When using a hosted server environment, you have one of two options:

Allowing the Connector Access in a Hosted Server Environment

If you are using the Desktop Connector to import QuickBooks Desktop files which sit in a hosted or server environment, issues can arise from the server not 'allowing' the Connector to run or access files in that environment. If an error message appears, saying "Fathom could not access the QuickBooks file on the 'XYZ' server" then you are likely running into this issue. 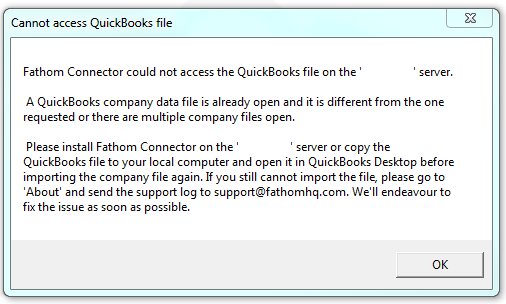 The Connector uses Microsoft ClickOnce technology which is only supported in the most recent versions of Windows Terminal Server.

The following article from the Citrix Support website is a helpful resource:

If your company files are hosted on Right Networks, you will need to get in touch with their Account Services team at accountservices@rightnetworks.com.

Alternatively, you can contact Right Networks by phone at 888-417-4448 (United States). Select option 3 to request the Fathom app be added to your account.

If your company files are hosted on Cloud9 or InsynQ, please contact our support team at support@fathomhq.com for specific instructions on how to add the Fathom Desktop Connector in your environment.

If you wish to bypass the hosted environment entirely, then you can simply move or copy the files out of the server environment and onto your local desktop. The files must be .QBW files and cannot be backup or .QBB, files to ensure they successfully import into Fathom.

If you choose to run the files on your local desktop, then you can follow the detailed instructions and videos in the 'Importing from QuickBooks Desktop' article.

To update your QuickBooks Desktop company in Fathom (after its initial import), simply move/copy the QuickBooks Desktop file(s) you'd like to update out of the server and onto your local desktop, launch the Fathom Desktop Connector, and select each file you'd like to update. You can only do a first-time import with one company file opened at a time, but you may select up to 50 company files at one time for subsequent updates using the Desktop Connector.

If an error has occurred while you are using the desktop connector, our support team may request that you send us a 'Support Log'. 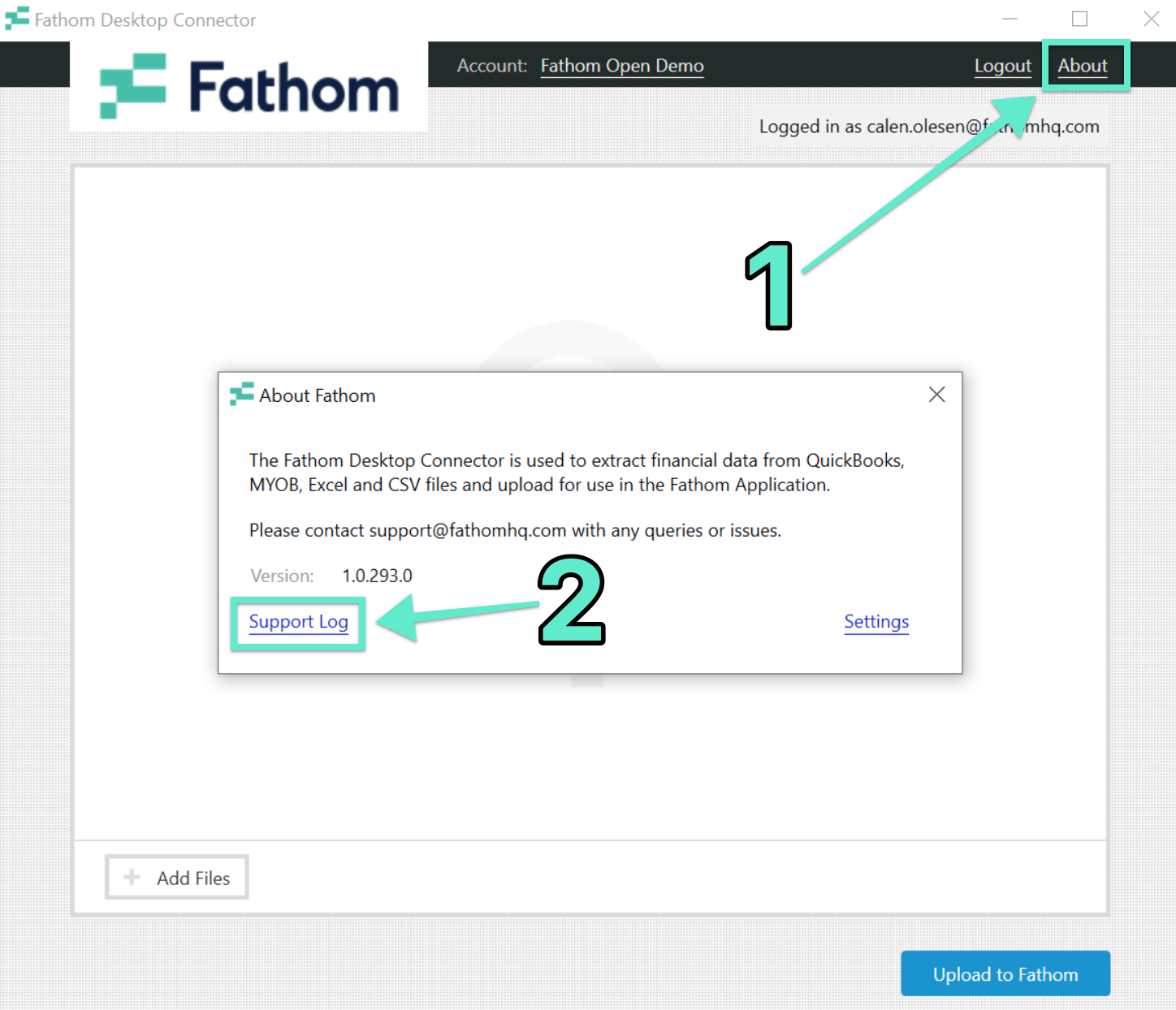 Go to 'Importing from QuickBooks Desktop'