We no longer support access to Fathom using Internet Explorer 11

On August 10th 2019, Fathom has officially discontinuing support for Microsoft Internet Explorer 11 (IE 11), and you will no longer be able to access Fathom from this browser.

If you are still using this browser to access Fathom, you will see the following notification. 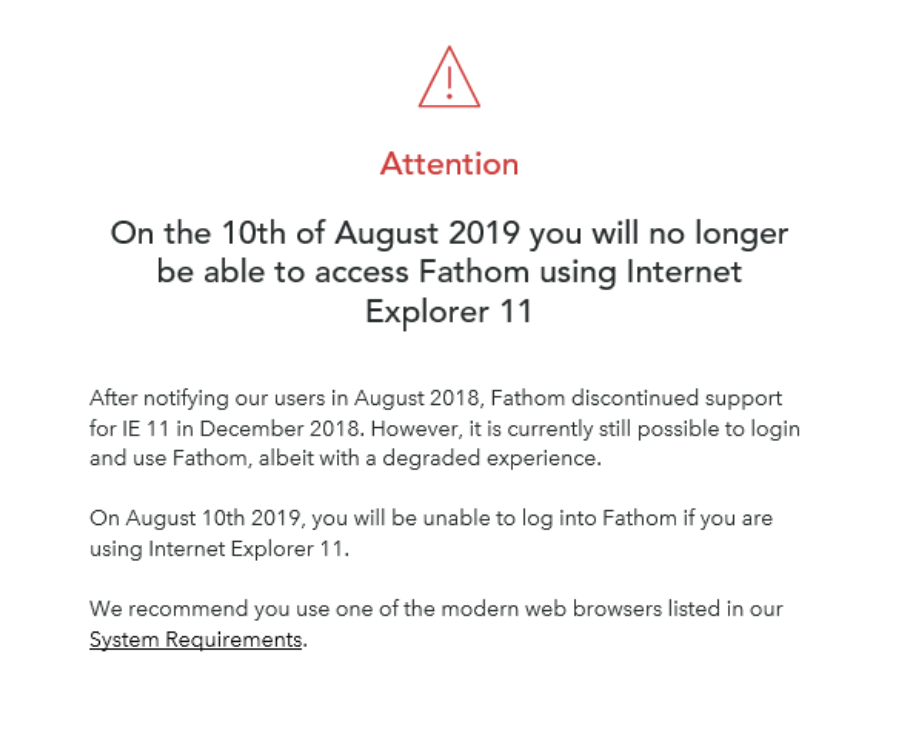 IE 11 was released in 2013 for Windows 7 and 8.1 and while it is still available in Windows 10, the recommended default browser is now Microsoft Edge.

We recommend either upgrading to Microsoft Edge or using another modern browser like Google Chrome, Mozilla Firefox or Safari (included with your Mac operating system). We see the best performance on Google Chrome.

The modern web browsers are referred to as 'evergreen', because they update automatically. They bring many advantages to you, the end-user, including better security and vastly improved performance.

For Fathom, we can focus our time on developing great financial reporting and not on implementing workarounds for the odd quirks found in older browsers.

If you have any questions or concerns regarding using Fathom with Internet Explorer 11, please email Fathom support at support@fathomhq.com.